The other day I was contacted by a Google recruiter to serve as a reference for a former colleague of mine. In the process Google asked me to fill out an online form with a set of questions. I found the questions very thought- and insightful so I figured I share them here for your own recruiting efforts:

Guy Kawasaki’s Talk on “The Art of the Start”

I recently brought Guy Kawasaki to Singularity University where he delivered a fantastic keynote on “The Art of the Start”.

An Open Letter to Fast Company: Drop the Sexism

I am extremely disappointed seeing you, a publication which self-proclaims to “inspire a new breed of innovative and creative thought leaders who are actively inventing the future of business”, perpetuating a view of the world and fellow entrepreneurs which is sexist and one-dimensional.

Your recent article on Birch Box, the phenomenally successful ecommerce startup founded by Katia Beauchamp and Hayley Barna starts out with the following sentence:

Reducing Katia to her “impeccable jewelry game” is offensive and sexist. I am sure you would never start out an article about a male founder with a statement about his “impeccable tie game”.

Writing this as a white male - it offends me that you (and many of your colleagues) reduce my women entrepreneur colleagues to their choice of fashion instead of their incredible achievements.

Please live up to your motto and see people for what they do - not their gender, ethnicity or any other superficial distinction.

Earlier this week I had the great pleasure and honor to present a modified/expanded version of my “10 Lessons for Entrepreneurs” talk at Singularity University’s Executive Program. 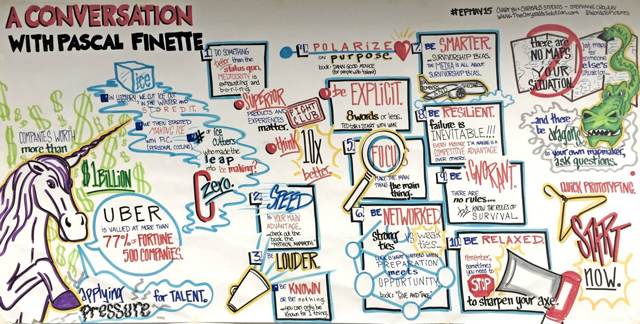 The other day I stumbled across the following headline on The Verge: “Stratos is not just another all-in-one smart card”.

The product described in the article is a “smart” credit card which allows you to combine any three cards (e.g. your personal and business credit card plus your Starbucks loyalty card) in one Stratos card which is hooked up to your phone and allows you to select, with the push of a button, the card you want to use. 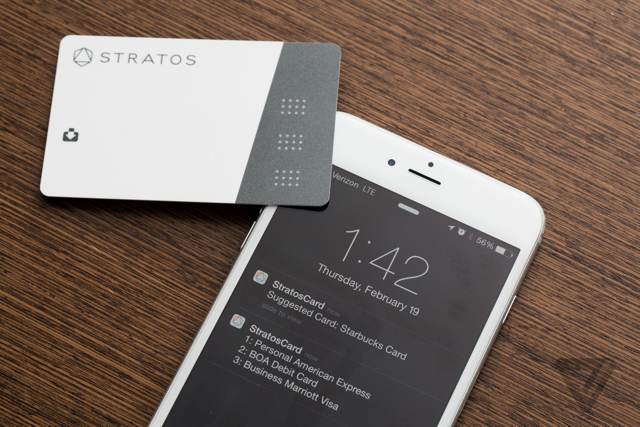 What Every Entrepreneur Should Know About Pitching

The following post is a summary of a series of earlier Heretic posts on the subject compiled into one comprehensive list - compiled by the wonderful folks at Unreasonable.is

Your pitch deck MUST start with a description of what it is that you’re doing. Your second slide (after the cover slide) is titled “What is NAME-OF-YOUR-COMPANY” (e.g. “What is eBay”). Explain in simple English what you’re doing. This is not the place to be clever, show off your extraordinary grasp of the English language or think that your pitch deck is a novel where you build tension and excitement in the first half and surprise the reader in the end.

If I (or any investor for that matter) don’t understand what you are doing in the first 10-15 seconds you already lost me. I know investors who don’t go past slide two if they don’t grasp what the company does.

In my potentially never-ending quest to get on top of the ever-growing email onslaught, I came across Tony Hsieh’s Yesterbox method/manifesto. It’s a deceptively simple but effective way to deal with your inbox: You only answer the emails from yesterday (plus the very few emails which require immediate attention). That way you get a chance to be on top of your email (as the number of emails from yesterday is finite) instead of being caught in an endless game of whack-a-mole. Plus people will get a guaranteed response from you in less than 48 hours - whereas in the past I often skipped more complex emails for days as I was constantly dealing with new incoming mail.

For a while I toyed around with different setups. Until I settled on the following Gmail configuration which works beautifully for me:

No Matter What - You Have To Run

Every morning in Africa, a gazelle wakes up, it knows it must outrun the fastest lion or it will be killed.

Every morning in Africa, a lion wakes up. It knows it must run faster than the slowest gazelle, or it will starve.

It doesn’t matter whether you’re a lion or a gazelle - when the sun comes up, you have to run. 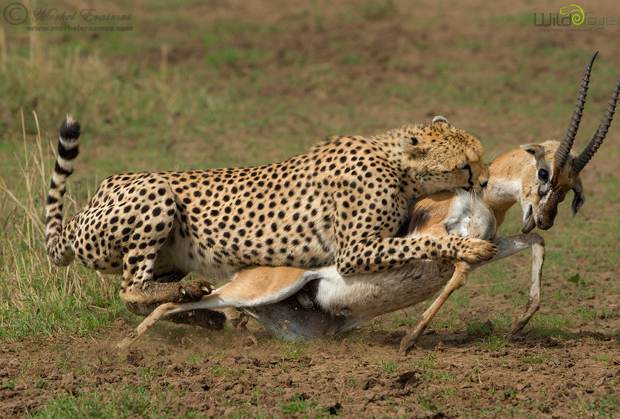 Photo by Morkel Erasmus under a CC-BY-NC-ND License

I just had an amazing Facebook Messages exchange with someone who asked me to write for his startup newsletter/website. Guess he’s not quite as empathetic about entrepreneurs as I and many other are. But read for yourself:

How can I help?

I would like to invite you to write for —REDACTED—

Introduction to Exponential Thinking and Technology

A few weeks ago I had the privilege to deliver the closing keynote at GroupM’s What’s Next Illuminate conference in New York City. I gave a short introduction to exponential thinking (the stuff we teach at Singularity University) and then walked the audience through a whole bunch of examples (focussed on media).

Today I had the great honor and pleasure to teach a class on Building (Online) Communities at Electronic Arts’ internal leadership development program. For my presentation I took a trip down memory lane and pulled out the key insights and learnings from my time at Mozilla.

Yesterday I gave a talk at Singularity University’s Executive Program on Open Source Disruption - it’s (somewhat) new content I developed; here’s the abstract of my talk:

The Open Source movement has upended the software world: Democratizing access, bringing billion dollar industries to their knees, toppling giants and simultaneously creating vast opportunities for the brave and unconventional. After decades in the making, the Open Source ideology, being kindled by ever cheaper and better technologies, is spreading like wildfire - and has the potential to disrupt many industries.

I've Seen the Future - and It's Virtual

More than 20 years ago I first experienced virtual reality in one of those large-scale 3D rigs which was traveling the country, setting up shop in the local multiplex cinema and charging you a small fortune to step into a 4-by-4 foot contraption, strap on a pair of 3D goggles, grab a plastic gun and hunt down some aliens in an immersive 3D environment. 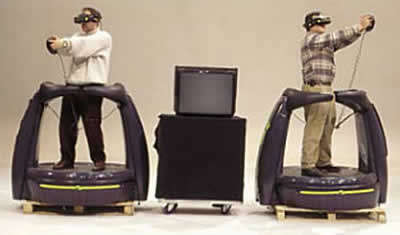 It’s funny - as unimpressive as the graphics were, as much as the delay between movement and visual update was puke inducing – I still have vivid memories of the game and the incredible experience of literally stepping into a new world.

Robots are eating our jobs

Shahin Farshchi wrote a piece for IEEE Spectrum, the flagship magazine of the Institute of Electrical and Electronics Engineers, on “Five Myths and Facts About Robotics Technology Today”.

In the article he states:

“Robots are intended to eliminate jobs: MYTH – Almost every major manufacturing and logistics company I’ve spoken to looks to robotics as a means to improve the efficiency of its operations and the quality of life of its existing workers. So human workers continue to be a key part of the business when it comes to robotics. In fact, workers should view robots as how skilled craftsmen view their precision tools: enhancing output while creating greater job satisfaction. Tesla Motors is just one example of using robots [pictured above] to do all the limb-threatening and back-breaking tasks while workers oversee their operation and ensure the quality of their output. At Tesla’s assembly lines, robots glue, rivet, and weld parts together, under the watchful eye of humans. These workers can pride themselves with being part of a new era in manufacturing where robots help to reinvent and reinvigorate existing industries like the automotive sector.”

Building trophies in my soul…