A lot has been written about Mozilla in these last few weeks. Some of it is thoughtful, thought-provoking, heartfelt, helpful and necessary. Some of it is politically charged and sometimes factually plain wrong.

I have a hard time reconsolidating all that has been done, happened, said or not said over the last two weeks. I spent more time at Mozilla than at any other organization; I met some of the most brilliant people there; some of my best friends are or were there. I had the great fortune to spend my last year at Mozilla working directly with Mitchell Baker, Mozilla’s co-founder and chairperson.

When I first joined Mozilla, after spending all my life in startups, around tech entrepreneurs and as an investor, it took me a year before I even began to fundamentally understand what Mozilla really is. How it is different. How it is not just a company or a non-profit organization but something utterly unique. Dee Hock, founder and former chairman of VISA, coined the term Chaord for this structure: A system which is equal parts chaos and order, which allows for distributed decision making, nodal authority and encourages ways to route around the structure. Much like the Internet itself, Mozilla is set up not to be a spider but a starfish (to use another explanation out of Brafman and Beckstrom’s book “The Starfish and the Spider”).

And yet – during the last two weeks the world looked at Mozilla through the lens of any other organization. An organization which lives and dies by its leader. Where the leader is the focal point of its universe, much like the queen bee in a bee hive.

I don’t believe this to be true. Mozilla is a living organism, made up of its paid staff and vast volunteer base. Decisions are made in a meritocratic way. Mozilla deserves to be seen as what it is – a group of people coming together to make the Web better. Mozilla is not, and never was, its CEO; unlike for example Steve Jobs’ Apple, Mark Zuckerberg’s Facebook or Larry Page’s and Sergey Brin’s Google. Mozilla’s former CEO John Lilly was fond of saying: “I must be the only CEO in tech who can’t dictate the color of a button in our product.”

I wish for us all to understand that Mozilla is different and treat it accordingly. And for Mozilla to grow new (starfish) arms.

To my friends at Mozilla: The world needs you. To everyone else: If you wish to understand Mozilla better, watch this speech by John Lilly on “Lessons from Mozilla” at WordCamp 2009, it’s hands-down one of the best explanations of Mozilla’s uniqueness I’ve ever seen. 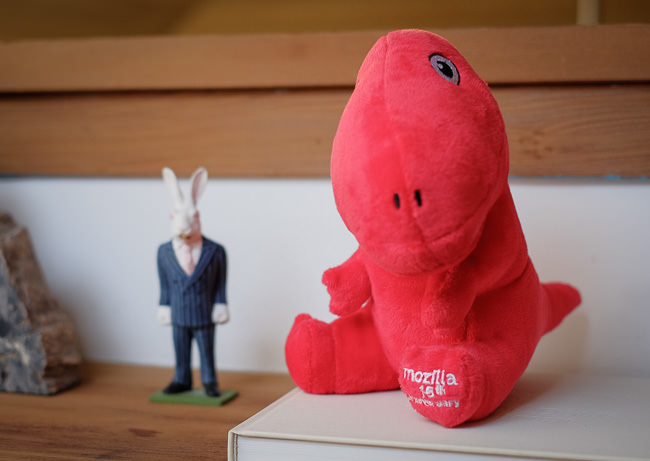