In my potentially never-ending quest to get on top of the ever-growing email onslaught, I came across Tony Hsieh’s Yesterbox method/manifesto. It’s a deceptively simple but effective way to deal with your inbox: You only answer the emails from yesterday (plus the very few emails which require immediate attention). That way you get a chance to be on top of your email (as the number of emails from yesterday is finite) instead of being caught in an endless game of whack-a-mole. Plus people will get a guaranteed response from you in less than 48 hours - whereas in the past I often skipped more complex emails for days as I was constantly dealing with new incoming mail.

For a while I toyed around with different setups. Until I settled on the following Gmail configuration which works beautifully for me:

The left box shows you your incoming email (which allows for quick scanning and identifying those pesky emails which require immediate attention), the top right box is your Yesterbox and thus the email list I focus on. And the lower right box shows emails I starred - typically I use this for important emails I need to keep an eye on (say for example I am waiting for an answer to an email).

It’s a simple but incredibly effective setup - here’s how you set this up in your Gmail account: 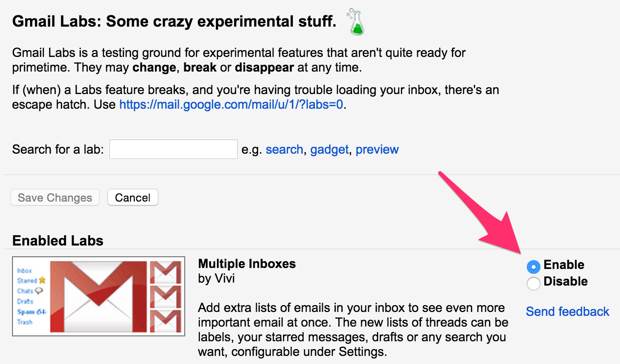 Enjoy and let me know if this works for you (or if you have an even better setup).